Sorry! You missed Schoolboy Q at The Forum 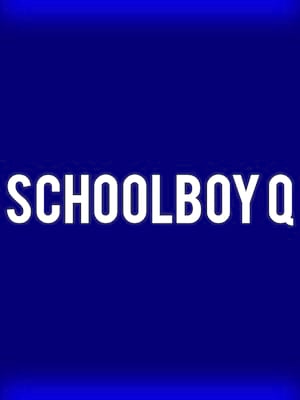 Five albums deep, ScHoolboy Q has amassed a reputation as one of hip-hop's most reliable acts.

Los Angeles based rapper Schoolboy Q became noted in the world of hip hop after his debut studio album 'Oxymoron' was released in 2014 and hit the number one spot on the US Billboard 200 chart. Since then, the artist has five albums under his belt, with the latest 'Crash Talk' being brought out earlier this year. The rapper will head on a countrywide tour this winter with Canadian rapper Nav.

Upon its release in April, 'Crash Talk' was labeled as "an introspective record that sees the California rapper explore his emotions and outlook on life" by NME and "a credit to the likability of Schoolboy Q's persona that you just want to spend time with his stories and continue to see him get a win" by Pitchfork.

The Come Up Show Used under Creative Commons License

Sound good to you? Share this page on social media and let your friends know about Schoolboy Q at The Forum.