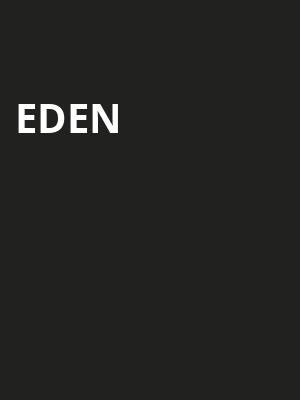 Counting pop superstar Lorde amongst his fans, Irish singer-songwriter Jonathan Ng's first foray into the music industry produced the dance-orientated Eden Project, which later morphed to include acoustic and orchestral elements under the moniker EDEN in 2016. After having to cancel 2020's 'No Future' tour, he finally returns to the road with a brand new show in support of his 'ICYMI' album. Except a new sound from this musical chameleon. It's a lot softer, less dance-heavy and more thoughtful than his previous two albums - but still distinctively EDEN.

Still, expect Ng's 2023 live shows to be every bit as uplifting and earth-shattering as his electro-tinged dance concerts. Amidst sparkling synth soundscapes, sparse, bass-heavy beats and swirling string flourishes, Ng's voice rises through the haze singing of heartbreak. Melodies wrap themselves around intimate and emotive lyrics, while slick production speaks of the young multi-instrumentalists versatility. Don't miss this young star as he rises to bigger and better things!

Sound good to you? Share this page on social media and let your friends know about EDEN at The Novo.