Sorry! You missed P.O.D at The Rose 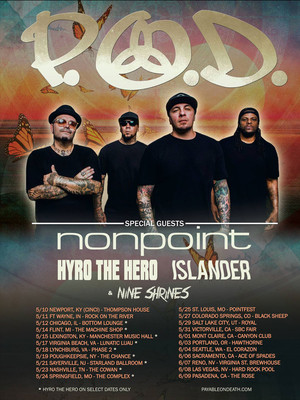 Proving that Christian music can still have a grungy, rock and roll edge, as well as a place in mainstream music, P.O.D. formed in their home city of San Diego, California in 1992, rising to international attention with the release of their 1998 album The Fundamental Elements of Southtown, a powerful genre-bending record that introduced the world to their signature hybrid of heavy metal, rap, punk, reggae and latin music.

Sound good to you? Share this page on social media and let your friends know about P.O.D at The Rose.