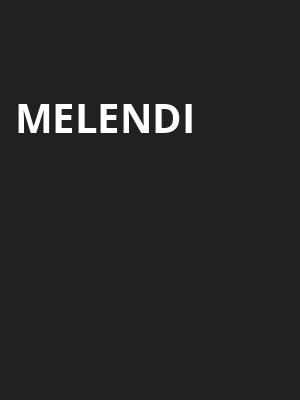 A Latin pop phenomenon, Melendi is perhaps one of the most important figures of Spain's modern music scene. Born and raised in Oviedo, Spain, Ramon Melendi Espina grew up in a creative household and was allowed to spend his youth on the streets, playing music, soccer and studying life lessons 'schools couldn't teach'. It wasn't long before he turned his sonic aspirations into a professional career, releasing his first songs with a band in 2001. Almost two decades later, Melendi is looked upon as a national treasure in his homeland and all over the world.

Fusing flamenco, rock and rumba, Melendi has sold over 3 million albums during his relatively short tenure as a pop icon. The platinum-certified performer extends this Midas touch to the stage, offering fans feel-good live shows bolstered by his undeniable charisma and a true connection with his fans.

Sound good to you? Share this page on social media and let your friends know about Melendi at The Theatre at Ace.