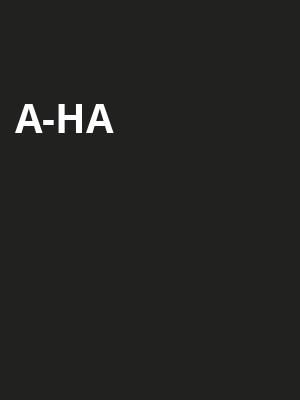 Perhaps because a rest is as good as a change, the twice-reunited band have recovered their enthusiasm and sound thoroughly rejuvenated.

Most music fans would associate the Norwegian trio A-Ha with their ubiquitous smash hit Take On Me, a song (and music video) so popular it has accrued almost a billion views on Youtube to date. The sparkling, synth-laden ode to taking a chance on love formed part of the soundtrack of the carefree 80s after all. But the iconic pop act's career spans over three decades, 10 studio albums and 70 million copies sold, not to mention performances at prestigious events like the Nobel Peace Prize Concert.

For the first time in 10 years, the band are hitting US shores and performing twice only at The Wiltern, Los Angeles. Following their 2010 North American Farewell Tour, they're reforming and to mark the special occasion, they'll be playing their debut album Hunting High and Low in its glorious entirety. Alongside the aforementioned mega hit, they'll be dusting off early classics like Love Is The Reason, The Sun Always Shines On T.V. and Train Of Thought, so wear comfy shoes and get ready to punch dance!

Sound good to you? Share this page on social media and let your friends know about A-ha at The Wiltern.