Sorry! You missed Netflix Is A Joke Fest - Ken Jeong at The Wiltern 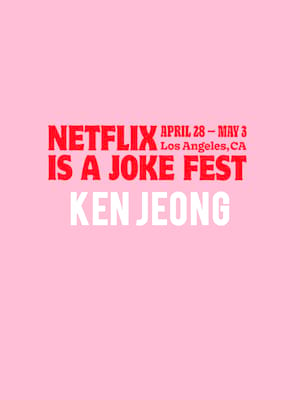 Why See Netflix Is A Joke Fest - Ken Jeong?

With an increasing number of stand-up specials made especially for its roster (over 200 can be found on-site already), it makes sense that streaming heavyweight Netflix is taking its golden comedy formula to the stage. Taking place from Monday, April 27th to Sunday, May 3rd, the first-ever Netflix Is A Joke Fest will leave LA in stitches at over 100 venues citywide, featuring the biggest and brightest established comics, as well as up and coming performers that are just itching to be discovered by new fans. Don't miss Ken Jeong at The Wiltern, May 1st.

There's not too many comics that also have an MD to their name, but Ken Jeong is not your average comic. Born to South Korean immigrants, Ken was practicing medicine while honing his stand-up act through much of the 90s and 00s. His breakout role in Judd Apatow's Knocked Up finally had movie producers, well, knocking at his door, and scene-stealing turns in The Hangover and Pineapple Express, as well as a recurring role on NBC's smash hit sitcom Community soon followed.

Sound good to you? Share this page on social media and let your friends know about Netflix Is A Joke Fest - Ken Jeong at The Wiltern.