Sorry! You missed Netflix Is A Joke Fest - Ronny Chieng at The Wiltern 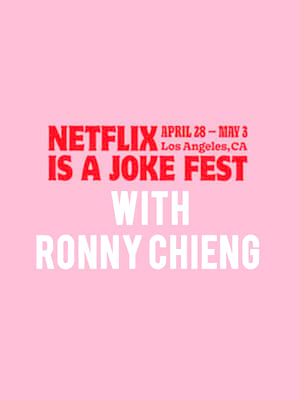 Ronny Chieng is here to make you laugh!

Why See Netflix Is A Joke Fest - Ronny Chieng?

Hope you get rich tour

With an increasing number of stand-up specials made especially for its roster (over 200 can be found on-site already), it makes sense that streaming heavyweight Netflix is taking its golden comedy formula to the stage. Taking place from Monday, April 27th to Sunday, May 3rd, the first-ever Netflix Is A Joke Fest will leave LA in stitches at over 100 venues citywide, featuring the biggest and brightest established comics, as well as up and coming performers that are just itching to be discovered by new fans. Don't miss rising star Ronny Chieng as he brings his latest tour, Hope You Get Rich, to The Wiltern on May 2nd.

Having recently starred in the global smash-hit film, Crazy Rich Asian, Malaysian born Chieng is one of the world's fastest-growing comedians. After gaining degrees in both Law and Commerce, Ronny Chieng decided to head down a different path when he began performing Stand-Up in Melbourne, Australia, in 2009. Since then the star has gone onto perform four sell-out global tours in Australia, New Zealand, Singapore, Malaysia, Hong Kong, India, Canada, and London! Having won countless comedy awards across the globe, Chieng brings his quick wit to cities across North America this year.

Sound good to you? Share this page on social media and let your friends know about Netflix Is A Joke Fest - Ronny Chieng at The Wiltern.