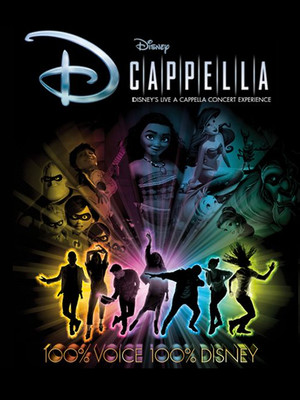 The magic of Disney comes to life with DCappella!

Riding high on the recent rise in popularity in a capella music, Disney has announced their brand new super-group... DCappella! Made up of seven stand-out performers, DCappella bring Disney's greatest hits on the road in this brand new tour! Whether you're a fan of Moana, The Little Mermaid or Tarzan travel through the magic of Disney with beautiful vocal arrangements courtesy of DCappella!

Sound good to you? Share this page on social media and let your friends know about Disney's DCappella at Fred Kavli Theatre.