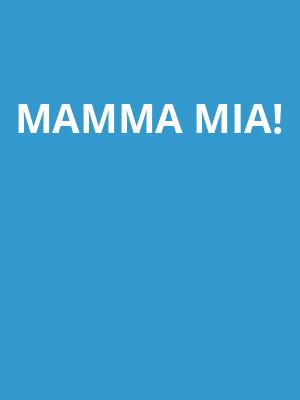 Even if you aren't a fan of ABBA, you'll be a fan of Mamma Mia! Make sure to see it before it slips through your fingers in this farewell tour.

It's time to break out the platform shoes and feather boas for one last time! Mamma Mia is embarking on its final ever tour in 2016/17. This sunshine-filled show redefined the concept of the jukebox musical for the new century by telling the bittersweet, yet hilarious story of single mother Donna who is struggling to cope with her young daughter's impending marriage on a picturesque Greek island. Throw into the mix three lovers from her past, any of whom could be the father of her daughter, then sparks are sure to fly! Mamma Mia bounces into the in , ,

Originally the brainchild of British producer Judy Cramer and playwright Catherine Johnson, the two were inspired to use the band's hits in a theatrical setting after meeting with two of the band's founding members, Benny Andersson and Bjorn Ulvaeus. The show finally premiered in London's West End in 1999 and has spawned numerous international productions as well as inspiring the global smash hit movie starring Meryl Streep and Amanda Seyfried.

This blockbuster musical contains all of the band's most famous hits, including 'Super Trouper', 'Lay All Your Love On Me', 'Dancing Queen', 'Waterloo', plus less well-known but equally touching songs such as 'Slipping Through My Fingers' and 'Our Last Summer'.

What is Mamma Mia! about?

On the sunny Greek island of Kalokairi, Sophie is feverishly planning her forthcoming wedding to the handsome and idealistic Sky, but is saddened that her mother Donna has never told her the identity of her father. After poring secretly over Donna's diary, she identifies three potential candidates; adventurer Bill, stockbroker Sam and ex-rocker Harry and secretly invites them to the island, hoping to find out once and for all, who will walk her up the aisle as her father.

Needless to say, when all three men arrive at the same time, Donna is thrown into an emotional quandary, as old feelings long forgotten all stir up to the surface. With the help of her two best friends and ex-bandmates of their glam rock outfit Donna and the Dynamos, Donna takes a trip down memory lane. At the same time, Sophie and Sky are facing doubts of their own, with Sophie feeling obligated to help her mother refurbish their ramshackle hotel, but Sky yearning for adventure away from the island.

A hedonistic joint bachelor party for both youngsters winds up with surprising confessions and confrontations that threaten the wedding. Donna must face her ex-lovers and deal with the tumult of emotions running havoc through her. As the day of the wedding dawns, will Sophie ever discover who her father is? And will Donna finally lay the past to rest and follow her heart?

Mamma Mia currently holds the record as the eighth-longest running musical on Broadway as of its closure in September 2015, as well as Broadway's longest running jukebox musical!

Mamma Mia! is good for late elementary, middle school, high school and college age kids and anyone who likes ABBA. Children under 4 years of age may not be admitted into the theater.

Sound good to you? Share this page on social media and let your friends know about Mamma Mia! at Fred Kavli Theatre.