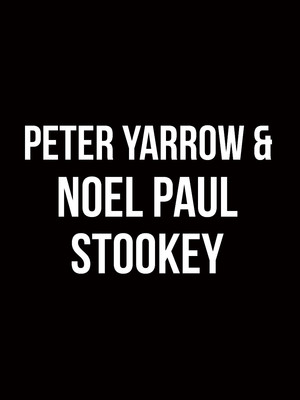 Peter Yarrow and Noel Paul Stookey continue to tour, despite the passing of Mary Travers

The two surviving members of folk legends Peter, Paul and Mary have continued touring together despite the death of Mary Travers in 2009. Formed in New York City in 1961 during the American folk music revival phenomenon, the trio brought folk out from the Village coffeehouses and onto radio, paving the way forward for future folk artists Bob Dylan and John Denver. Peter Yarrow and Noel Paul Stookey are headed back on tour, continuing to bring folk music to newer audiences.

The key to the band's success was their political alignment with the liberal and civil rights movement during the Sixties, where their music often took on the plight of women's liberation and campaigning for an end to the Vietnam War. Playing for nearly five decades as a trio until Travers' passing from leukemia in 2009, their legacy of political music resonates as strongly today.

Sound good to you? Share this page on social media and let your friends know about Peter Yarrow & Noel Paul Stookey at Fred Kavli Theatre.