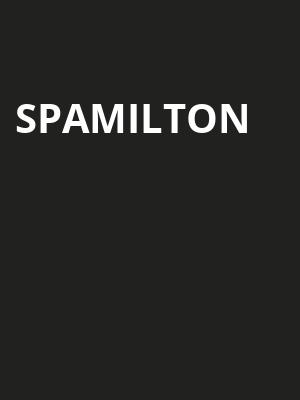 Hamilton, but Not as you know it

From Gerard Alessandrini, the creator of Forbidden Broadway, comes this loving spoof of Lin-Manuel Miranda's Pulitzer Prize-winning Hamilton. Spamilton centers its story on an amalgamation of Alexander Hamilton and Manuel Miranda - 'Lin-Manuel as Hamilton' - who's on a mission to save Broadway from mediocrity! Throw Stephen Sondheim as Ben Franklin into the mix, as well as references to a whole load of other Broadway hits, and you've got a perfect night out for any musical theater fan, whether you've seen the original or not!

Spamilton debuted at New York's Triad Theatre in 2016, and has since opened productions in Chicago, Los Angeles, and London.

Images are taken from the Off-Broadway production

Yes, this is a play best enjoyed by those who love Broadway. It is hilarious... more

Scott: “Entertaining even for the Clueless”

I've not seen Hamilton and I'm not familiar with very many Broadway plays.... more

Sound good to you? Share this page on social media and let your friends know about Spamilton at Fred Kavli Theatre.