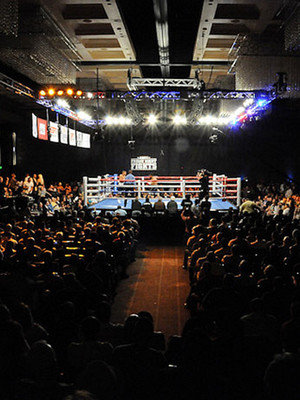 Gabriel Iglesias is also touring to:

You are viewing a past performance of Gabriel Iglesias

You can catch Gabriel Iglesias at the The Show, showing Until May 6, 2023

New stories, drawn from his seemingly never-ending time on the road, are full of fan encounters. He's the sort of comic who'll always pose for a selfie - but no leaning on him, he' adamant about that!

Fluffy heads out on tour!

A now iconic stand-up known for his bold Hawaiian print shirts and larger-than-life personality, Iglesias' comedic style combines his talent for storytelling with voicing characters and brilliantly realistic sound effects. Throw into the mix his cross-cultural and clean-spoken style of comedy, and you have a rare gem who has far-reaching appeal for family audiences too.

WHY HE NEVER LISTENED TO HIS MOM

Iglesias was cautioned against pursuing a career on the comedy stage by his mother, who preferred his more stable career in the telecoms industry. However, his perseverance and risk-taking were rewarded as Iglesias is now one of the top-performing comedians in the US, with an enviable list of television and film credits to his name as well.

Now celebrating over 20 years of his irrepressible comedy shows, videos and appearances in animated movies such as The Book of Life, The Nut Job and Planes, Iglesias is headed out on tour once more!

Suitable for most ages, however we always recommend that parents exercise their personal discretion

Sound good to you? Share this page on social media and let your friends know about Gabriel Iglesias at Toyota Arena.