From your city, Los Angeles, CA to anywhere in the world! 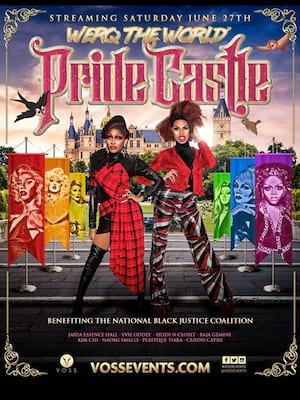 What happens when 8 queens quarantine together in a castle!? Watch to find out!

Get an extra-large helping of charisma, uniqueness, nerve and talent during the 3rd edition of the Werq the World Live Stream. Entitled Pride Castle, the extra special virtual event will be hosted by trans activist and performance artist Candis Cayne, and sees eight Ru Paul's Drag Race alumna let loose and isolating together in a castle for Pride weekend.

Seen Werq The World: Pride Castle? Loved it? Hated it?

Sound good to you? Share this page on social media and let your friends know about Werq The World: Pride Castle at Virtual Experiences for Los Angeles.