Sorry, it looks like Anoushka Shankar and Norah Jones is no longer happening on these dates 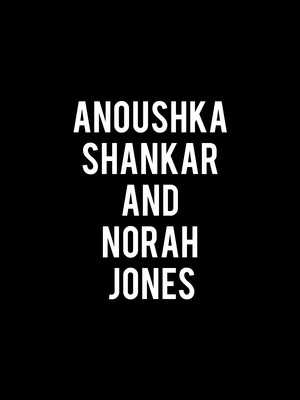 American contemporary jazz icon Norah Jones joins forces with her half-sister Anoushka Shankar, the Indian sitar player and composer, to celebrate the vibrant sonic legacy of their father Ravi Shankar. With their family and friends joining them on stage, they come together to commemorate the influential sitar maestro, his widespread influence and championing of the proudly Indian instrument through collaborations with western rock icons and classical orchestras.

Born in 1920 in Varanasi, India, Shankar gave up a budding career in dance to study music under the tutelage of Northern Indian classical icon Allauddin Kahn and began making a name for himself as a composer for film and ballet, as well as a highly esteemed teacher. In 1956, he played his first concerts in the US and Europe and within ten years became the most famous Indian musician on the planet thanks to his lightning fast fingerwork and groundbreaking marriage of western and Indian music.

Sound good to you? Share this page on social media and let your friends know about Anoushka Shankar and Norah Jones at Walt Disney Concert Hall.