Sorry! You missed Steel Panther at Whisky A Go Go 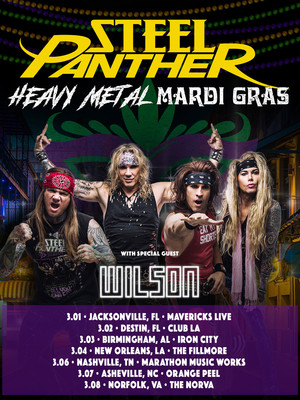 Steel Panther have taken their parody of '80s glam metal to a whole new level. Through their undying commitment to sleazy lyrics, skin-tight leather, and genuine musical chops, the L.A band have now reached the same level of fame as a lot of the groups they're aping. They've headlined Wembley and have toured with the likes of Judas Priest and Guns N' Roses.

This year sees the band head out across North America with some of their biggest original songs, including metal hits from the '80s and their trademark delivery of comedy and high energy.

It's going to be the party of your lifetime!

The best party band in the world delivered a super-fun and professional... more

Sound good to you? Share this page on social media and let your friends know about Steel Panther at Whisky A Go Go.