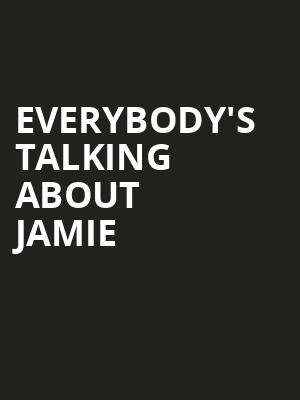 Why See Everybody's Talking About Jamie?

Jamie is stepping into the North American spotlight in this premiere of Everybody's Talking About Jamie! Nominated for five Olivier Awards, this fabulous sensation based on the story of Jamie Campbell, has thrilled both critics and audiences on the West End with its funny and touching exploration of sexuality, ambitions and coming of age when you're destined to stick out from the crowd.

Ranging from upbeat pop-rock to glorious soulful ballads, Gillespie Sells (lead singer of UK rock band The Feeling) imbues Jamie's story with the fabulousity of Kinky Boots, whilst Tom MacRae's book echoes the struggle and wit of Billy Elliott yet manages to create an entirely fresh and inspiring modern musical.

What is Everybody's Talking About Jamie About?

Growing up on a Sheffield Council Estate in England isn't plain sailing for teenage Jamie. Out of touch with his peers yet always ready with a comeback for his bullies, he's just not sure what the future holds. Supported by his wonderful mum and his tight-knit group of pals, he sets out to confront his fate head-on and become the star he was always meant to be.

Sound good to you? Share this page on social media and let your friends know about Everybody's Talking About Jamie at Ahmanson Theater.