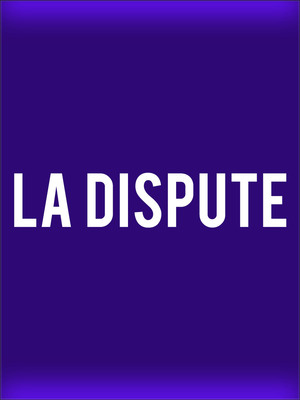 From the beginning, the Grand Rapids quintet have been the most demanding and divisive band in a fanatical subgenre.

La Dispute are Heading on Tour

La Dispute are known for their alternative, post-hardcore sound and were formed in Grand Rapids in 2004. The five-piece have fused screamo, spoken word, jazz, and blues throughout the years to create their own individual music style. La Dispute broke into the music scene with their debut EP Vancouver in 2006 and are now four albums and 11 EPs down the line.

Just last month, La Dispute brought out their fourth studio album, 'Panorama' which was described as "an intense, at times overwhelming listen" by Kerrang. The album was also said to be a rumination about "death, grief, life" and "love" by Pitchfork.

It comes five years after their last release.

Sound good to you? Share this page on social media and let your friends know about La Dispute at Belasco Theater.