Sorry! You missed A Toast To the Rat Pack at Cerritos Center 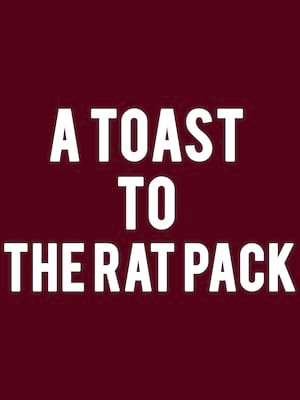 A Toast To the Rat Pack

This is a high-energy show honoring the 1960s heyday of the Rat Pack's legendary Las Vegas concerts.

Why See A Toast To the Rat Pack?

Go back in time to The Rat Pack Era

As an integral part of the 1960s music scene, the Rat Pack consisted of independent artists who would occasionally and unexpectedly perform together, causing excitement amongst audiences. Some of their greatest hits include 'You Make Me Feel So Young,' 'I've Got You Under My Skin' and 'My Way.'

Sound good to you? Share this page on social media and let your friends know about A Toast To the Rat Pack at Cerritos Center.