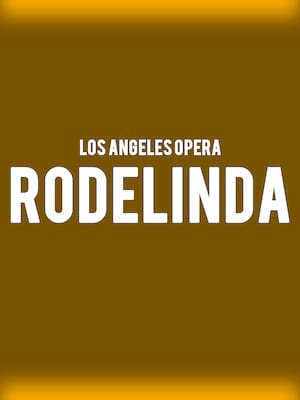 World-renowned orchestra The English Concert, conducted by Harry Bicket, comes to Los Angeles for a breathtaking performance of Rodelinda. Composed by George Frideric Handel, the story follows queen Rodelinda who is grappling with the death of her husband alongside the distrustful men around her who want to take her off the throne. This is one of the best pieces of baroque opera ever composed.

Rodelinda is set in Italy and sees Bertarido, the king of Lombardy and Milan attacked by his nemesis Grimoaldo. After the attack, Bertarido disappears leaving his wife Rodelinda and son Flavio alone who assume that he is dead.

Sound good to you? Share this page on social media and let your friends know about Los Angeles Opera - Rodelinda at Dorothy Chandler Pavilion.