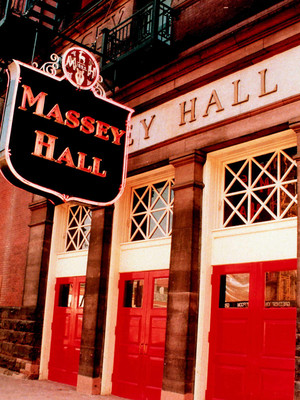 You can catch Majid Jordan at Massey Hall in Toronto, showing Dec 2, 2021

Majid Jordan is also touring to:

Majid Al Maskati and Jordan Ullman are merchants of mood.

Comprised of members Majid Al Maskati and Jordan Ullman, Majid Jordan began life at the University of Toronto, releasing their debut under the name Good People in 2013. After a rebranding, the duo released 'Hold On, We're Going Home' with Drake, marking their entry on the world stage as exciting newcomers to watch. This year they're hitting the road in support of their recently released album 'Wildest Dreams'.

Combining blissful atmospheric pop and R&B with slick production vocals, emotive lyrics and dance-friendly beats, Majid Jordan have found their niche in the lighter side of pop. Maskati's lilting voice and Ullman's synth magic take pride of place at their frequently live shows, while fluttering grooves keep the audience moving throughout.

Sound good to you? Share this page on social media and let your friends know about Majid Jordan at El Rey Theater.