Sorry! You missed Empire of the Sun at The Fonda Theatre 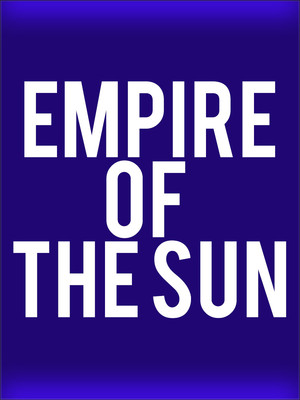 Empire of the Sun

It's been 10 years since Empire of the Sun opened the doors of imagination and led us to a world of luxurious fantasy, and this year, they'll be embarking on a tour to commemorate the anniversary.

Why See Empire of the Sun?

Aussie duo Empire of the Sun sent waves across the music industry when they released their hit album 'Walking On A Dream.' The album certified double platinum in Australia and helped the group rise to international fame.

Upon its release, Pitchfork described the album as being "psychedelia and flamboyant dance-pop" and NME depicted the duo as being "silly but their songs demand to be taken seriously," going on to compare them to artists Prince and David Bowie.

Billboard notes how the album "helped define a generation." Empire of the Sun will perform at intimate venues across the country, commemorating this unforgettable album.

Seen Empire of the Sun? Loved it? Hated it?

Sound good to you? Share this page on social media and let your friends know about Empire of the Sun at The Fonda Theatre.