Sorry! You missed Brian McKnight at Grove of Anaheim

You can catch Brian McKnight at Kansas Star Casino in Mulvane, showing Jan 30, 2021

Brian McKnight is also touring to: 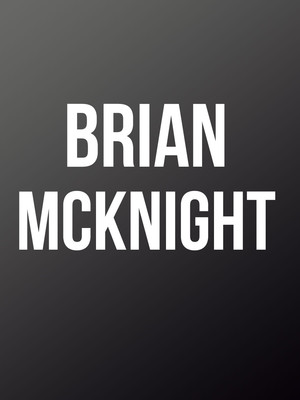 The R&B crooner and multi-instrumentalist

A multi-talented singer, musician and gifted instrumentalist of EIGHT instruments, Brian McKnight also produces and writes his own material; his most successful album to date was 1999's Back At One through Motown Records, eventually selling over three million copies. As of 2016 he has been nominated for 16 Grammy Awards, however without a win, second only to Snoop Dogg.

His more recent musical endeavors have seen him release more adult-oriented material, which he later ascribed to being a parody of the R'n'B degradation in recent years, with its reliance on explicit sexual references. This can be seen in his collaboration with comedy website Funny Or Die, the notorious single "If You're Ready To Learn". Satisfied with the uproar it caused, McKnight in 2016 went onto release his first live CD and Blu-Ray combo An Evening With, recorded at Los Angeles' Saban Theatre to much acclaim.

He was fantastic!! My youngest daughters were there and they love old school... more

Brian's put on a Fantastic show in Orlando! He was funny, whitty and shared... more

Sound good to you? Share this page on social media and let your friends know about Brian McKnight at Grove of Anaheim.