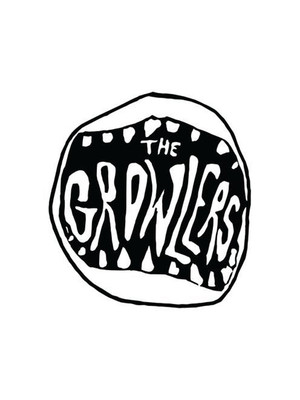 Originally formed through the holy trinity of skating, surfing and partying, the California-based group somehow managed to franchise a new brand of druggy surf/psych rock which they fondly called "beach goth." Yep, they have a sense of humour, too.

Why See The Growlers?

Surfing on a wave of pop, beachy indie rock, and goth, Los Angeles quintet The Growlers formed in 2006 and honed their Twin Peakes-Esque sound over the course of their career. Catch them as they weave their garage-rock-tinged, summery magic on tour in North America this year!

Cultivating a devoted following over the years, its easy to see why The Growlers have hit cult status when taking in their high energy, sweat-filled live show. Channeling Jim Morrison and Morrisey in their prime, frontman Brooks Nielsen prowls the stage with a dark charisma and a distinctive, raspy vocal style. Prepare to get lost in their swirling, shoe-gaze psychedelia and enter the golden era of classic rock resurrected.

Seen The Growlers? Loved it? Hated it?

Sound good to you? Share this page on social media and let your friends know about The Growlers at Grove of Anaheim.