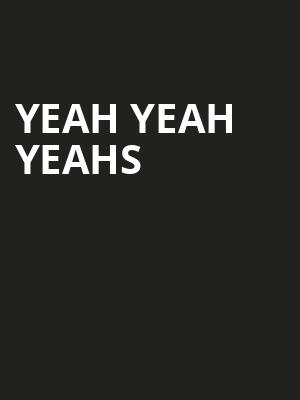 Fever To Tell operates as a space of feminist transgression; when Karen O gasps for air on "Cold Light," or screams on "Date With The Night," she's creating art that breaks down boundaries in a very public way.

Venerated Garage punk revivalists Yeah Yeah Yeahs have been an indelible part of the New York City indie rock landscape ever since the release of their seminal debut album Fever To Tell in 2003. Making their mark with raucous guitars, witty lyrics, and the distinctive rebel yell of feisty frontwoman Karen O, the party rocking trio broke into the mainstream, ruled the festival circuit, released three more albums, and garnered three Grammy nominations.

Don't miss Karen and the guys when these indie icons take to a stage near you this year, bringing the noise and the nostalgia in an unforgettable performance!

Sound good to you? Share this page on social media and let your friends know about Yeah Yeah Yeahs at Hollywood Bowl.