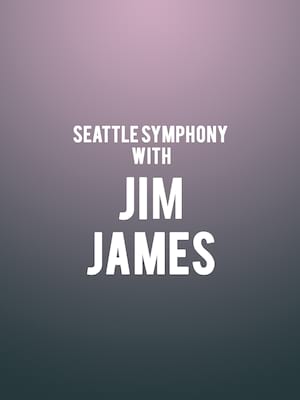 The arrangements frame James' sonorous voice so that it sits at the serene eye of a symphonic and choral hurricane.

Indie icon Jim James teams up with conductor Teddy Abrams and the Seattle Symphony for a hotly anticipated performance of their soaring 2019 nine-piece suite The Order Of Nature. Beautiful and evocative orchestral arrangements collide with a bold modern rock sound for a cinematic spectacle exploring the nature and balance of hatred and compassion, alongside John Williams' Cowboys Overture and Aaron Copland's Rodeo Four Dance Episodes.

Perhaps best known as the heart and soul of reverb-friendly indie rockers My Morning Jacket, frontman Jim James has cultivated a solo career just as prolific as his Kentucky-hailing outfit. One of the most influential figures of the indie scene of the late 2000s, the Grammy Award-nominated singer-songwriter has collaborated with the likes of Bright Eyes, America and The Decemberists.

Sound good to you? Share this page on social media and let your friends know about Seattle Symphony with Jim James at Mark Taper Forum.