Sorry! You missed Netflix Is A Joke Fest - Christina P at Regent Theatre 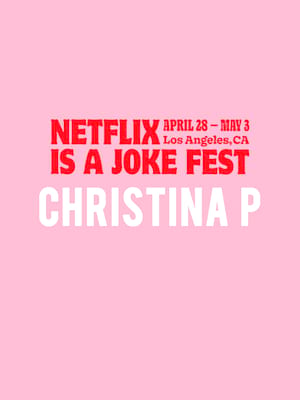 What you see is what you get with Christina P. Her comedy is like her choice of outfit: Dark and black, perhaps, but she still has heart.

Why See Netflix Is A Joke Fest - Christina P?

With an increasing number of stand-up specials made especially for its roster (over 200 can be found on-site already), it makes sense that streaming heavyweight Netflix is taking its golden comedy formula to the stage. Taking place from Monday, April 27th to Sunday, May 3rd, the first-ever Netflix Is A Joke Fest will leave LA in stitches at over 100 venues citywide, featuring the biggest and brightest established comics, as well as up and coming performers that are just itching to be discovered by new fans. Don't miss the festival's edition of Christina P's Ride Or Die Tour at The Regent Theater, May 1st.

Star of the Netflix comedy specials The Degenerates with Jim Jefferies and Christina P: Mother Inferior, and host of popular podcast Your Mom's House with husband Tom Segura, the rising star comedian courts rave reviews wherever she roams. Her Ride or Die Tour features her hysterical musings on life, motherhood, aging and everything in between, all wrapt up in a winning sense of charm and off-the-wall humor.

Sound good to you? Share this page on social media and let your friends know about Netflix Is A Joke Fest - Christina P at Regent Theatre.