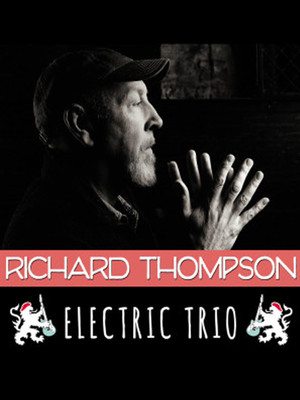 Richard Thompson's 'Electric Trio' is composed of himself, bass player Taras Prodaniuk and drummer Michael Jerome. Together they offer up a stripped down, bold interpretation of the Thompson's legendary discography, a catalog which stretches back to the 1960s when he first emerged as a founding member of Fairport Convention. His 1973 album I Want To See the Bright Lights Tonight, a collaboration with his then-wife Linda, is considered one of the decade's landmark recordings.

Known for projecting his emotions with his music, his nineteenth solo album follows the same effect, 13 Rivers. Named so due to the album consisting of 13 tracks, with Thompson saying each song is like a river. Some flowing faster than others, and some calm like still water.

Sound good to you? Share this page on social media and let your friends know about Richard Thompson Electric Trio at Teragram Ballroom.