Sorry! You missed The Lonely Island at The Observatory 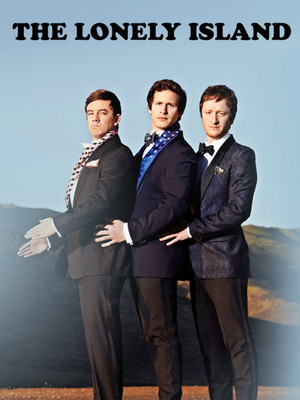 Everything is going to be AWESOME when The Lonely Island come to town!

Why See The Lonely Island?

They're on a tour!

Grammy and Academy Award nominated Turtleneck and chain connoisseurs The Lonely Island have chosen 2019 to be the year they make their live touring debut, hitting eight cities this summer! Blending hip-hop and comedy, the trio, made up of Andy Samberg, Jorma Taccone and Akiva Schaffer head up this jaunt following their first live performance at Cluserfest in 2018. Known for roping in top stars (including Michael Bolton, T-Pain, Nicki Minaj, and Justin Timberlake, to name a few) for their hilarious videos and albums, here's to hoping they'll be carrying on the tradition live!

Formed at junior high in 2001, the trio first made it mainstream with their appearances on Saturday Night Live, debuting unforgettable viral hit tunes like "Motherlover", "Dick in a Box",  "I'm on a Boat", "Like a Boss", "I Just Had Sex". In addition, they've released four records, made movies, including the underrated mockumentary 'POPSTAR: Never Stop Never Stoppin' and buddy comedy Hot Rods and contributed to myriad projects including the Lego Movie and more! So get your towels ready, it's about to go down!

Megan: “Event of a Lifetime”

After 15 years of waiting, I can finally say: "Thank you, Andy, Jorma... more

Sound good to you? Share this page on social media and let your friends know about The Lonely Island at The Observatory.