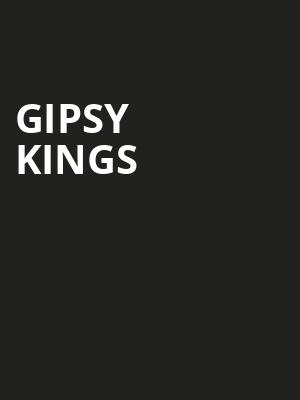 "One of the pioneers of the world music genre."

The Gipsy Kings are hugely influential figures in the world of flamenco and, more widely, world music as a whole. They blend flamenco with a sprinkling of Latin rhythms, western pop and jazz. Comprised of two sets of brothers, the Reyes' and the Baliardos, who banded together in 1979 under the original moniker Los Reyes, the group have sold over 25 million records worldwide.

If you're unfamiliar with their name, you will undoubtedly have heard their music in film or television. It's their version of The Eagles' 'Hotel California' that soundtracks Jesus' dance in The Big Lebowski, and their cover of 'You've Got a Friend in Me' in Toy Story 3 which gets Buzz's hips a-shaking.

Despite their dalliances with every type of music under the sun, it's flamenco which still which has the group's heart. They celebrated this love affair with Savor Flamenco in 2013, their thirteenth studio record, and one which won them a Grammy Award for Best World Music Album.

An event like this is something you don't want to miss out on - make sure you see Gipsy Kings when they come to a city near you.

John Kelly: “Band trying to figure out it's direction”

Enjoyable concert, decent venue great parking. I've been a fan of this... more

Sound good to you? Share this page on social media and let your friends know about Gipsy Kings at The Theatre at Ace.