Sorry! You missed Dean Lewis at The Wiltern 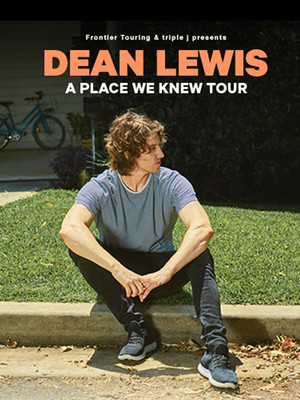 "A Place We Knew" helps to solidify Lewis' identity as a musician after an incredibly successful viral single. Several of the songs on the album show off his ability to write emotional lyrics and showcase his singer-songwriter abilities.

Australia is proving to be itself the continent for new music, film and creative talent. An alternative singer songwriter hailed as the Ozzy answer to Ed Sheeran and Lewis Capaldi, Dean Lewis is one such export. Catapulted to international recognition thanks to his smash hit single 'Be Alright', which has amassed a whopping billion streams since its release in late 2018. Embraced everywhere even with its starkly strong Australian pronunciation, the single proves that antipodean performers are here to stay.

Performing at venues two to three times larger than the ones on his first American jaunt, Lewis hits US shores once more on the 'A Place We Knew' North American tour. Celebrating the release of his debut album, the multi-platinum artist is known for his emotion-filled live performances that trade gimmicks for lyrical brilliance, authenticity and honesty.

Kati Kurkjian: “Do yourself a favor and check out Dean Lewis live!”

I've been a fan of Dean Lewis since I first heard his song Waves as it... more

Sound good to you? Share this page on social media and let your friends know about Dean Lewis at The Wiltern.