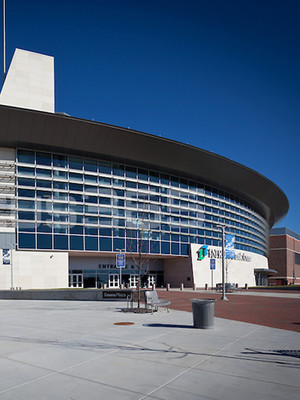 You can catch Toby Keith at INTRUST Bank Arena in Wichita, showing Oct 15, 2021

Toby Keith is also touring to:

The guy with the 'boot in the ass' song tours the States....

Join Toby Keith in celebration of the 25th anniversary of his very first hit, 'Should've Been a Cowboy' which was the first single on his debut album in 1993. It eventually went on to become the most-played country song of the decade and earned Keith a place in the Songwriters Hall of Fame in 2015. This was the start of an incredible career for Keith, as he went on to create two quadruple-platinum albums and more than 20 No.1 singles.

Toby Keith grew up in Oklahoma and his musical career was launched in 1993 when he was signed to Mercury. After transferring record companies a few times, he eventually signed to his current label, Show Dog-Universal. His first studio album, 'Toby Keith', was released in 1993 and since then he has gone on to release a total of 17 studio albums, with 60 chart singles.

One of his most memorable singles, 'Courtesy of the Red, White, and Blue (The Angry American)' was written following the death of his father and the September 2011 tragedy, and caused much controversy. He has sold more than 40 million albums across his career. He has won a variety of awards in his time, including 'Favorite Country Album' in 2002 and 2003, and 'Favorite Country Male Artist' in 2003 and 2005, to name a few.

I have seen Toby live 6 times in the last 15 years and he has never failed... more

We loved every minute of the show. Toby Keith has more power in his voice... more

Sound good to you? Share this page on social media and let your friends know about Toby Keith at Toyota Arena.